From the Monastery of the Friars Minor to the new Museum : a short history

The monastery of the Friars Minor 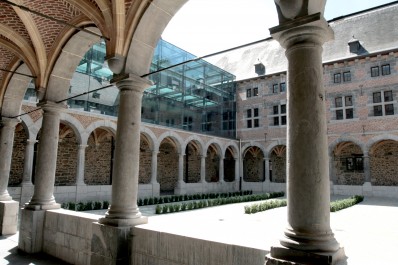 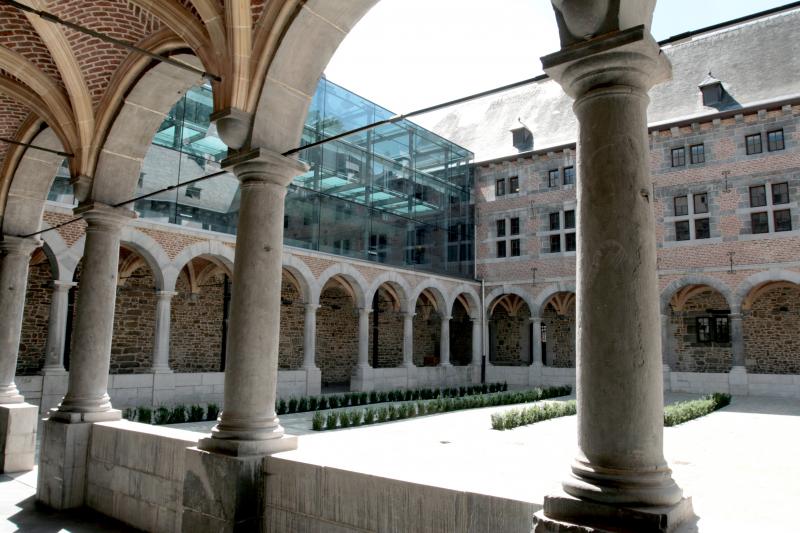 1243 was the year in which the Franciscans built their new monastery between St. Anthony's church and the hillside leading to the Liege Citadel.

A place of worship, the monastery of the Friars Minor became a became a special place for public life in the 'Cité ardent' (hot-blooded city): a refuge for the destitute, a meeting place for several trades, a realm for markets, an arsenal for the City in 1577, even marriage ceremonies were conducted there …

The medieval monastery witnessed first hand the city's political history, clearly suffering from the fatal episodes until it was completely rebuilt, in the third quarter of the 17th century. Its architectural style, called 'Meuse Valley', was very popular at the time.

During the French Revolution, the people in holy orders were compelled to leave the premises (1796) and the complex was divided into five sections. It subsequently housed various stores, sheds and the like. It was often used to accommodate conscripted carters, who were housed in dire conditions. 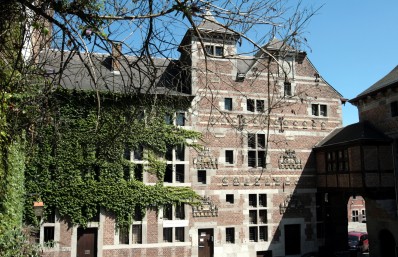 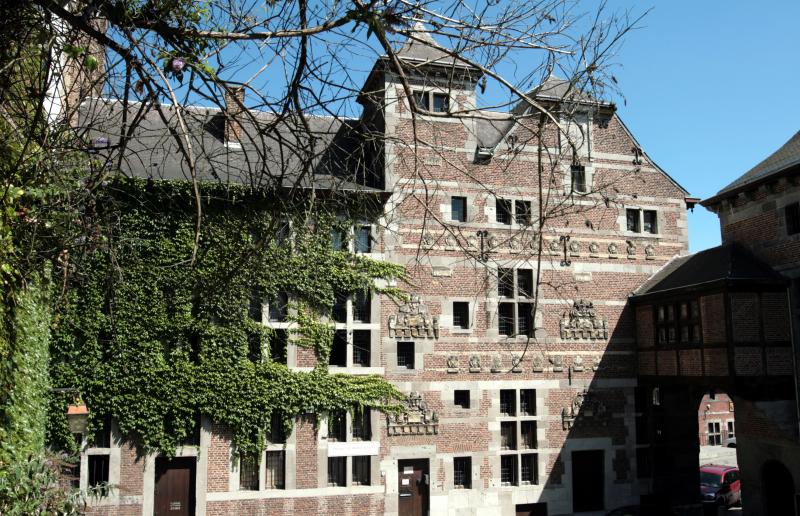 Leaning against the Péry hillside and named after one of its former owners, this impressive building differs from the monastery itself owing to its facades adorned with cartouches and coats of arms in the freestone.

Formerly the residence of the caretaker or the superior of the Franciscan community and also housing the library and archives, this 17th century building was severely damaged by bombing towards the end of the Second World War, as was the rest of the monastery.

A major renovation programme carried out from 1963 to 1971 succeeded in restoring the Chamart house to the way it was in 1620. It now houses the Museum's administrative and scientific departments, plus the puppet theatre and documentation centre. 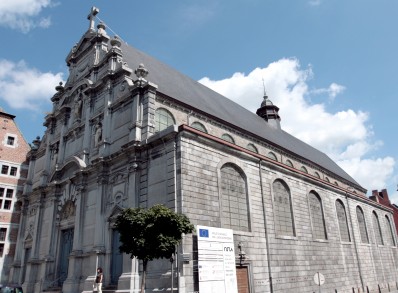 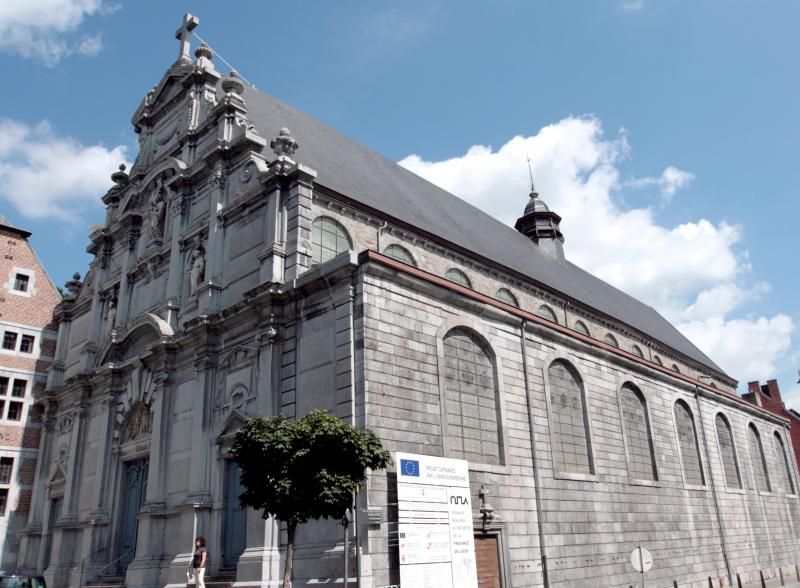 Towards 1240, the disciples of St. Francis Assisi, who arrived in Liegeat the end of the first quarter of the 13th century, made their home in Hors-Château, near to the city centre, so has to be in contact with the local community.

Dedicated to St. Anthony, their church was completed in 1244. In the wake of the Concordat (1801) the establishment was associated with the worship in the parish. With its old red sandstone carcassing it continues to be a witness of the promising beginnings of the Franciscan order. Limiting the southern part of the monastery, the primary Gothic edifice had a monumental Baroque facade added in the 18th century. The interior is decorated in the same style, embellished with stucco ornamentation. “Striking” to say the least, the decoration was completed during the next century.

Also damaged when a flying bomb exploded on 16 December 1945, the church was extensively restored on the chancel side to reveal once more the primitive style so popular with the Franciscans. Rediscovered almost intact in the rubble, the 13th century high altar has reassumed its liturgical role, while the gravestones from the various periods of history are embedded in the chancel flooring and in the nave walls. The wide variety of styles inside the church hold up a mirror to its rich past.

The building continued to be a place of worship until1 1977despite the work carried out between 1961 and 1968, to stop it tilting towards the rue Hors-Château. The church was then desanctified and the parish transferred to the St. Catherine's Church in the rue Neuvice.

The property was then owned by the City ofLiege, which decided to make theProvinceofLiegeresponsible for running all the old architectural complex, comprising the church, the monastery and its museum plus Chamart house. The long lease enshrining this decision was signed in December 1989.

Now completely restored by its new administrators, St Anthony's church is used to host several prestigious cultural events and is a venue for various temporary exhibitions. 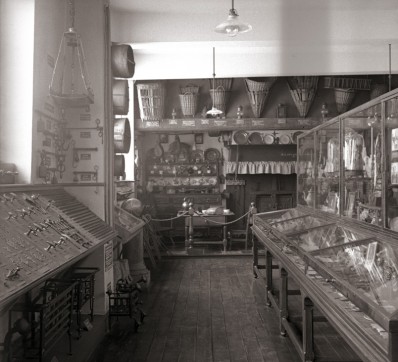 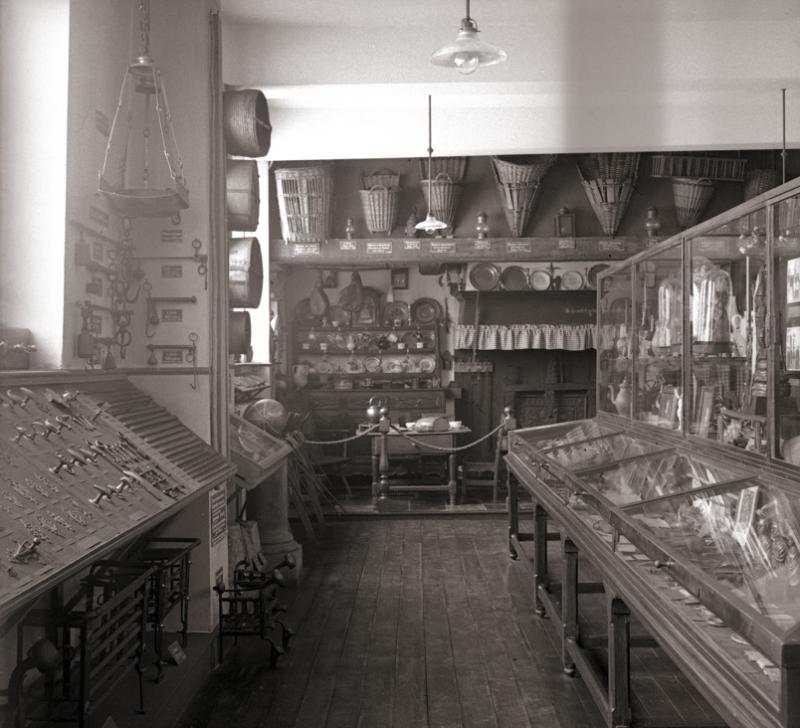 The first Old Liege ethnographic museum was created in 1894, in the deserted premises of the Academyof Fine Arts. The local people soon started calling it the Musée dès vîs rahis' (museum of old things). The cramped premises were taken over by the City ofLiege and theMuseum ofWalloon Life appeared 1913, thanks to the efforts of Walloon activists, such as Joseph-Maurice Remouchamps, Jean Haust and Henri Simon. The collections were then put away in the Curtius house attic. 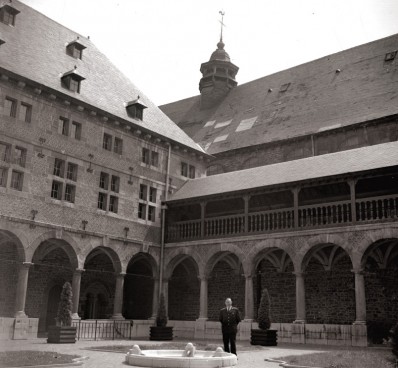 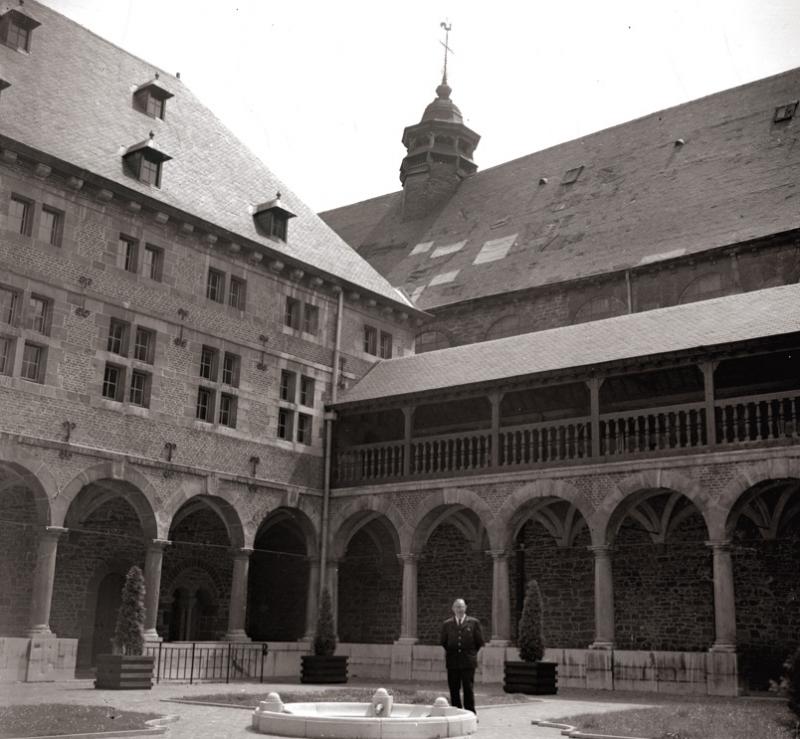 The Museum of Walloon Life around 1972

The outbuildings located in rue Féronstrée were incorporated in 1925. Three permanent exhibition halls were set up and inaugurated in 1930, while the puppet theatre put on its first performances. As a result of the rapidly expanding collections, officials decided the museum should be relocated to its present site. It was gradually established there between 1963 and 1971 in line with the progress made with the renovation work.

The Province and City of Liege agreed in 1989 to sign a convention to grant the museum recognition as being of public benefit, thereby making it responsible for and duty-bound to ensure the administration of this heritage.

The refurbishedMuseumofWalloon Lifenow celebrates the origins of our culture, while updating the scope of its ethnological analysis and turning a spotlight on current events …

A museum that is part and parcel of a fascinatingly rich Walloon past, teeming with examples of contemporaryWalloniaand wholeheartedly committed to the region's future!