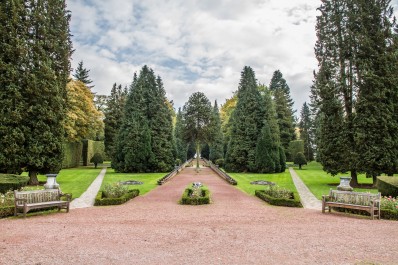 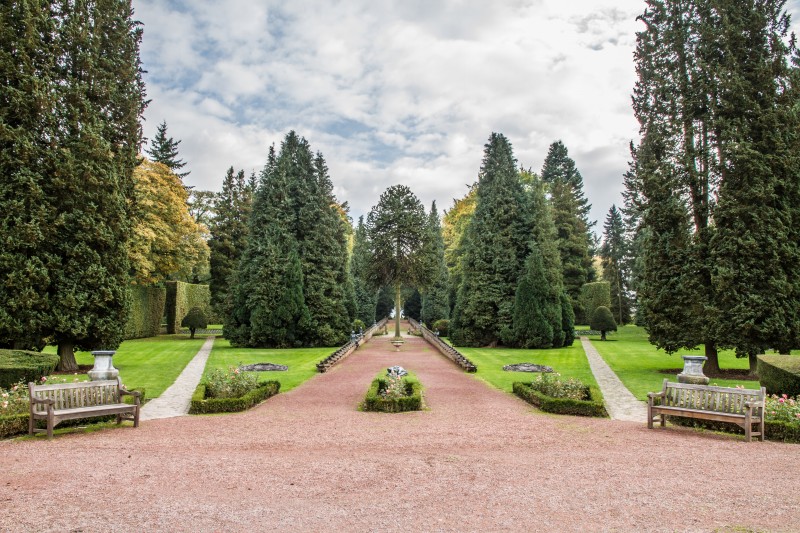 The park of Château de Jehay extends across several hectares which are divided into the pleasure gardens, the kitchen garden and the wooded areas. The oldest known illustrations are drawings and engravings from the 18th century made by Remacle Leloup. A number of chestnut or lime-tree bowers and tree-lined drives survive from that period. The gardens were entirely redesigned by Count Guy van den Steen, the castle's last resident, in the middle of the 20th century and comprise certain characteristics inherited from Renaissance Italian parks: creation of perspectives, sculptural décor and the importance of water.

Numerous trees, indigenous, exotic, or horticultural, are scattered about the gardens. Around fifteen of them are listed and therefore the subject of special protection and conservation measures. Beside these remarkable trees, the bicentennial bowers and the drives lined by old chestnuts admirably structure these grounds.

The park's paths will lead you to an old ice house. Built in the 19th century, this ice house once made it possible to store natural ice collected during the winter.

The bronze sculptures that subtly adorn the park are the works of Count Guy van den Steen. Some of them, such as the nymphs, are evocations of Greco-Roman mythology. The other themes are the fruit of the artist's imagination or, like Ophelia, references to classic literature.